You are here: Home1 / Portfolio2 / Other Works3 / Josephine Baker portrait 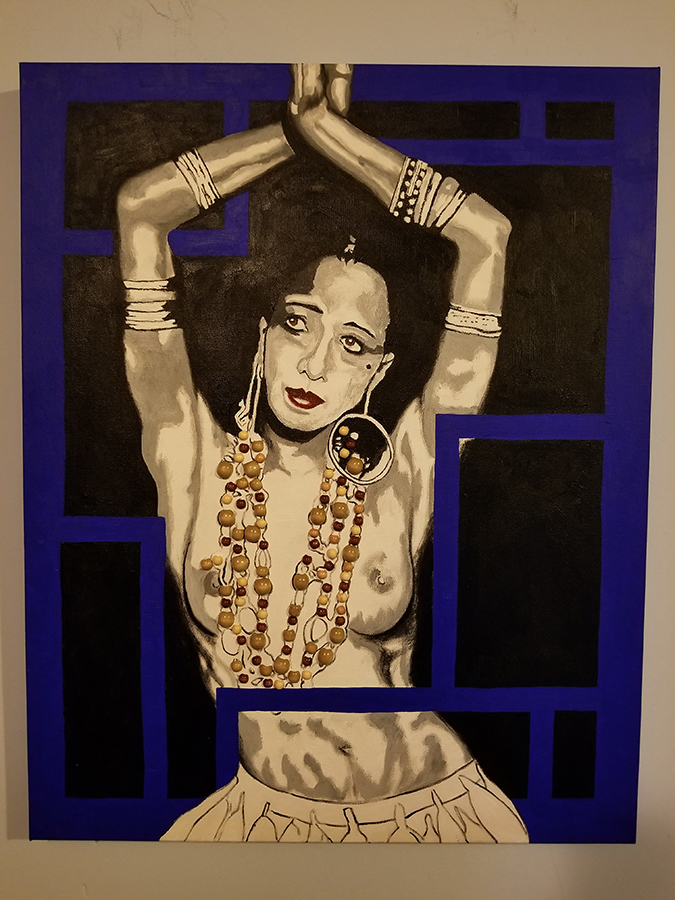 Josephine Baker was an American-born bisexual French entertainer, French Resistance agent, freemason and civil rights activist. Her career was centered primarily in Europe, mostly in her adopted France. She was the first Black woman to star in a major motion picture, the 1927 silent film Siren of the Tropics, directed by Mario Nalpas and Henri Étiévant.

The portrait was painted by Tau Murphy & Mike Fields. It is acrylic on canvas and is 24” x 36”.